Should Sacramento Republicans Be Hopeless or Hopeful? 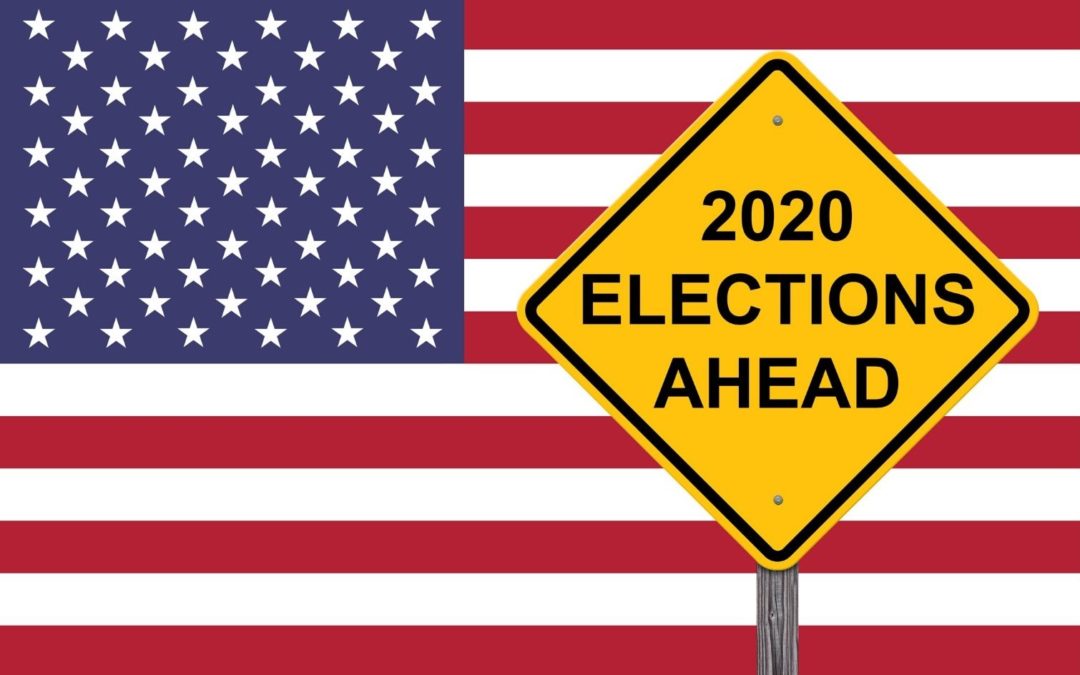 As the early Presidential Primary approaches, the Sacramento County Republican Party is gearing up to inform voters and support our candidates. Central Committee candidates are circulating their petitions to join or rejoin the Committee, and the race for the two Republican seats on the Sacramento Board of Supervisors is in full throttle.

Both Republican and Democrat registration has increased over the past six months, while NPP membership is declining. Voters are taking sides on the impeachment circus, while President Trump continues to draw tens of thousands of supporters for every one of his rallies.

So should we be optimistic?

Can we make a difference in re-electing our President and bring Republicans into seats at the state and local levels? Or, should we sit back and join the thousands of armchair campaign consultants who hurl derogatory comments toward fellow Republicans and Progressives alike on social media.

Those of us who serve on the Sacramento County Central Committee are all volunteers. We have no paid staff or consultants. That’s not our preferred scenario, but it’s our reality. Some people speak to us as if they are paying us a huge salary…which always makes us laugh, then that turns to frustration. Our advice? Step up or zip it! I’ll explain some of the opportunities to make a difference below, but first I want you to know why I am optimistic.

An Optimist’s Analysis of the 2018 Election

We won some and lost some in 2018. We elected Sheriff Scott Jones on the first ballot – huge victory! And even though she later changed her registration to NPP, we are still pleased that District Attorney Ann Marie Schubert won handily. Senator Jim Nielsen won re-election as did Assemblyman Kevin Kiley, and Andreas Borgeas was elected in Senate District 8. Sarah Aquino and Mike Kozlowski were top vote getters in the Folsom City Council races, Rich Lozano won a seat on the Galt City Council, Linda Budge was top vote getter in the Rancho Cordova City Council race, and Jeannie Bruins and Steve Miller came in first and second in a tough race for City Council in Citrus Heights. Pat Hume also had an impressive win in Elk Grove’s City Council race. Josh Hoover, Dave Reid and Ed Short were one-two-three in the Folsom Cordova USD Board race.

In the Assembly District 8 race, Melinda Avey didn’t win, but her 44% vote was enough to keep Ken Cooley on his toes. There were close to 79,000 Republicans and 65,000 NPP registered voters in that seat, making it possible for a Republican to win with some crossover. Only 68% of all voters turned out, and Melinda received close to 76,000 votes. Imagine if Republicans had turned out in greater numbers, and some of the NPP voters recognized that Cooley was voting in lock step with Dem leadership now that he’s Chair of the powerful Rules Committee?

In CD 7, always a close race, Andrew Grant couldn’t have worked harder, or been a better prospective Congressman, but voters were not listening and the money to run a proper campaign was not there. Now, for the 2020 CD 7 race we have a delusional, newly registered Republican candidate, who doesn’t live in the district, and thinks he’s going to convince Republicans to support the socialistic policies of Bernie Sanders. No kidding. “Poison Ivy” as I call him appears to think he’s going to automatically get the Republican vote, as well as that of progressives who don’t think Bera is liberal enough. I am looking forward to more Republican candidates (real ones..) getting into the race to represent our principles and not play games with the election.

We have work to do Republicans!

In March, the important races will be in Supervisor Districts 3 and 4. Supervisor Sue Frost will run for re-election, and retiring Supervisor Susan Peters has thrown her support to Rich Desmond. We will have some contested Congressional races where several Republicans will be vying for one of the top two spots, and we have some contested legislative races. All will be discussed at the November 20th and December 18th meetings of the Republican Central Committee. In the meantime, turning out Republican voters could not be more important and here’s how you can help.

Are you feeling Helpless? Want to be Hopeful? Then be Helpful! 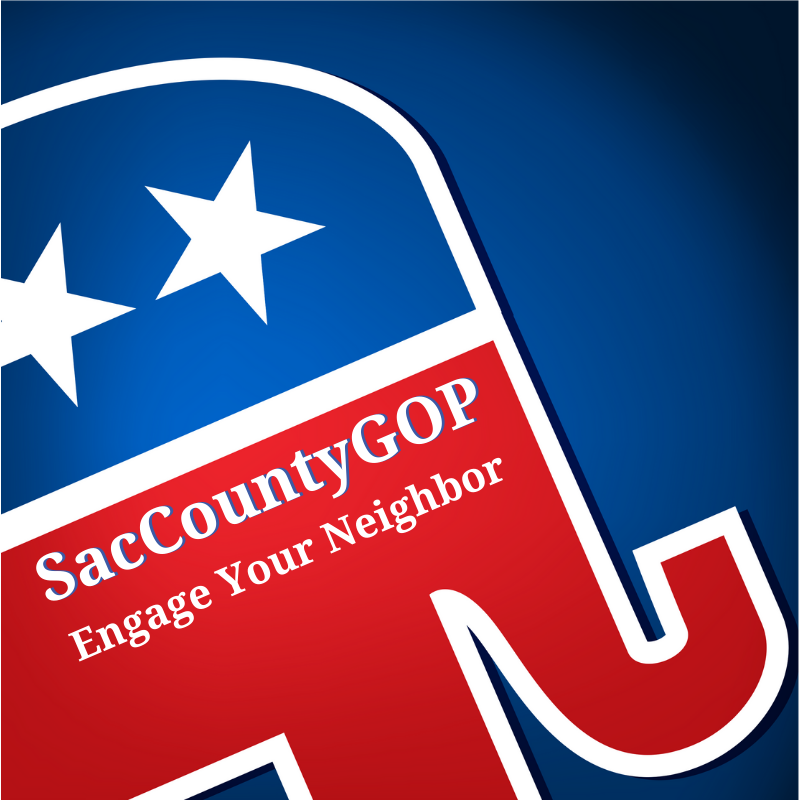 Why do the other guys win so many elections? We know they have to work much harder to convince their voters to turn out. And they do just that!

SacCountyGOP has launched a new program called Engage Your Neighbor. Inspired by the Trump re-election campaign, we are asking Republicans to visit their neighbors and tell them the good news – the Republican Party is alive and growing as Democrats Walk Away from the Party that has become too extreme.

We are training Resource Volunteers to walk their neighborhood to provide resources to help voters  navigate the 2020 election. The first batch has already completed their orientation, and they will be getting to work this month!

Interested? Visit our new 2020 election website SacVote.com and apply to be a Resource Volunteer. Use the form provided to tell us about yourself so that we put your skills to work electing good candidates!

In order to reach all of the 200,00+ registered Republicans in Sacramento County, we need to raise funds for one or more mailings. Many people don’t provide their phone number or email address when they register to vote, so we can only inform them via snail mail. It will cost us a minimum of $45,000 each time we provide a Voter Guide or other resources for the election, and I have yet to find that money tree everyone thinks we have.

Time to get out the wallets Sacramento! We established the 45-Squared Club to highlight the importance of helping to re-elect the 45th President. Can you imagine what an Elizabeth Warren Administration would do in the White House? That’s frightening and we cannot allow it to happen. While winning California may be an uphill battle, we must turn out the 190,000 Sacramento voters who supported Trump in 2016, as well as those who have walked away from the extremism in the Democrat Party, and the NPP’s who are enjoying the improved economy and all of the other accomplishments of the Trump Administration. This will add to the national total, putting a damper on the “Progressive’s” attempt to overturn the Electoral College.

Turning out Republicans to support our President will also help every Republican candidate down ticket.

To join the Club, just visit SacVote.com and sign up for at least two payments of $45. You will receive some exclusive swag that you can proudly wear to GOP events, or on walks through your neighborhood, just to shock your neighbors! 🙂 Check it out!