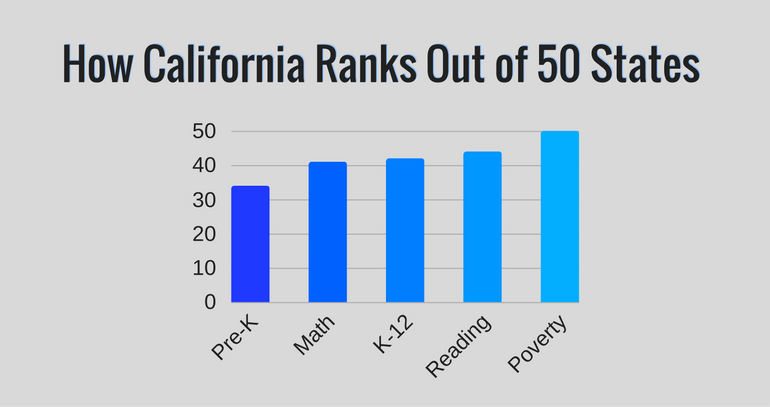 California – no longer the land of opportunity. And the Democrat-controlled government is to blame.

As more companies close or leave the “hostile business environment” in the State of California, Democrats push for a higher minimum wage since that’s about all a worker can hope to earn.

Los Angeles led the Top 15 California counties with the highest number of disinvestment, with Sacramento in 9th place.

California Students Rank 41st in Math and 44th in Reading out of 50 States.

According to EdSource data from 2016, only 39% of students in the Sacramento Unified School District met or exceeded the standards in English; with only 31% meeting or exceeding Math standards last year.

As our public education system fails to turn out graduates that excel in math or reading, fewer California public school students can qualify to attend our taxpayer-funded university system. Meanwhile, international student attendance increases to pay for excessive professor salaries and pensions. 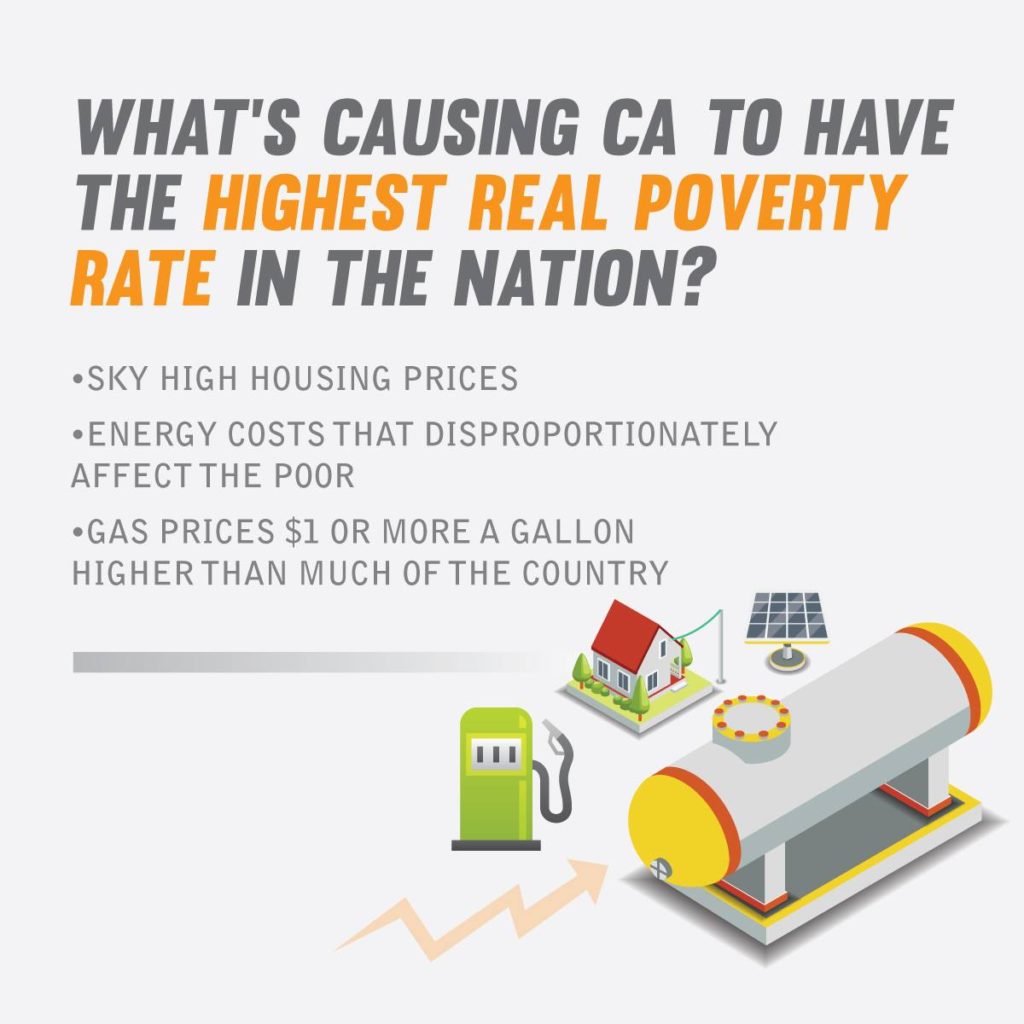 Other Contributors to the High Poverty Rate: Sky High Housing and Energy Prices, and Gas Prices Higher Than Much of the Country (Politifact)

Every middle class worker can tell you there is a shortage of low-cost housing in California. Why? Democrats at the local and state levels have imposed high fees and a maze of paperwork for property owners who had planned to develop their land. Frivolous law suits are also used to prevent development, which means fewer rental options for low-income residents.

And even though more people in our state now have healthcare, they can’t afford the deductibles imposed by Obamacare, so they really aren’t covered after all.

Add to all of this – roads and dams in disrepair, as our Governor diverts funds collected for infrastructure to pay for skyrocketing pensions and an unsustainable high speed train while calling for another increase in the gas tax.

Republicans know that the Democrats’ insatiable appetite for our tax dollars cannot be sustained.

So what are we going to do about it?

The Assembly and Senate Republican Caucuses have introduced legislation to address the causes of California’s high cost of living. Even though Republicans are in the minority, their proposals deserve consideration in the Legislature.

Helping the Middle Class & Serving Those in Need – by Assembly Republicans

It’s time for California voters to recognize that our government is going to collapse under this massive spending and mismanagement. Democrats will be blaming President Trump for all of their failed policies, even though he wasn’t in office when it all went down hill.

Let your elected officials know that you want solutions to California’s high cost of living. Click here to find your State representatives.