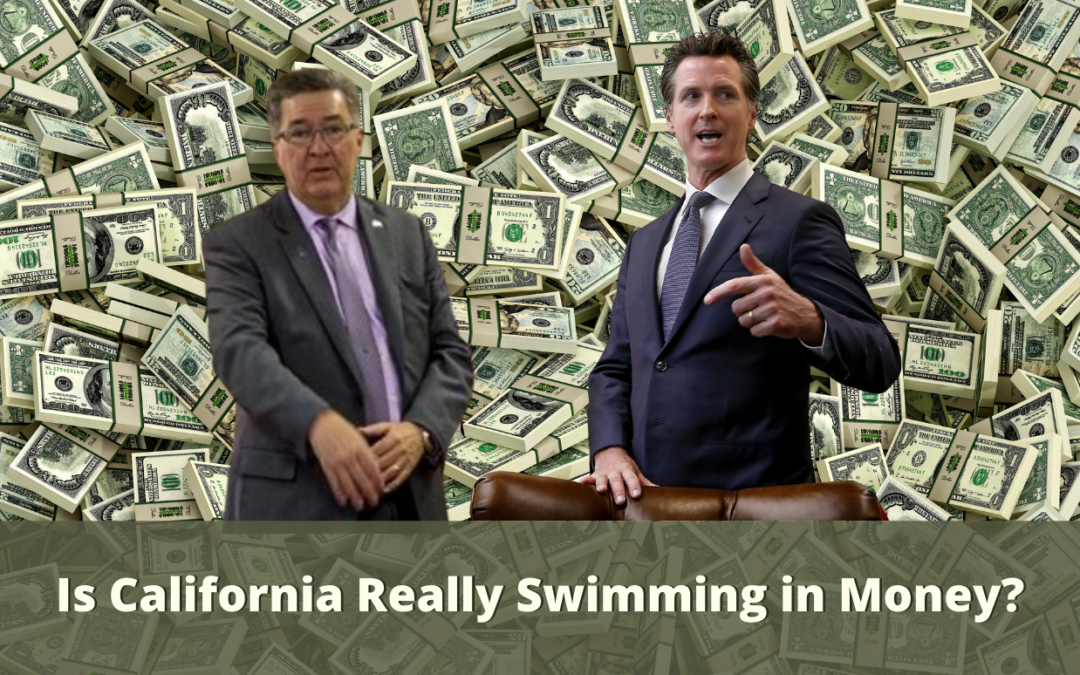 Can California Taxpayers Afford A Government Takeover of Healthcare?

Today, CalTax warned Californians that AB 1400, and its companion measure ACA 11, would increase taxes by nearly $163 billion per year – the biggest tax increase in state history. This is while Governor Newsom brags that the state is flush with cash, and the Sac Bee says the state is “swimming in money.” Evidently, our hard-earned dollars are burning a hole in the pockets of the Governor and the Legislative leaders.

Democrats would like the same government that brought you months-long wait lists at EDD and $20 billion in fraud to now take over your entire health care system.  Their policies have brought Californians sky-high costs for homes, energy, and gas, but don’t worry. They promise healthcare will be cheaper. What could go wrong?

AB 1400 had been stuck in the Assembly Rules Committee during the Recall, as it would have forced Newsom to come clean on his views on “free healthcare for all” while he was vulnerable to being thrown out of office. Who moved the bill out of Committee? None other than Sacramento’s own, Ken Cooley who chairs the Rules Committee.

“The revenue estimates provided by the author’s office do not appear to account for the exodus of business and individual taxpayers that likely would occur, CalTax noted. The pandemic has made it much easier for companies to hire remote workers, and this proposal would incentivize companies to look out-of-state for future hires. This is a major concern because under California’s steeply progressive tax structure, high-income taxpayers pay the largest share of the tax burden – the top 5 percent of earners pay approximately 67 percent of the personal income tax, the state’s largest source of revenue.”

“Taxpayers want and deserve quality healthcare services, but there is no guarantee that a government-run healthcare system will deliver better care for Californians at an affordable price,” Cal Tax President Robert Gutierrez said. “Additionally, the measure would circumvent the will of the voters by specifically excluding the billions in new revenue from being considered when calculating the voter-approved minimum school funding guarantee and state spending limit.”

Assembly Republican Leader Marie Waldren said, “The Rules Committee used to be a place where reasonable people stood as a check against the bad ideas of radical ideologues. Apparently that is no longer the case.” Waldren said she looks forward to shining a light on “how much taxes will increase on the middle class, how many people will be kicked off their current health care plan, what Democrats will say to the seniors whose Medicare funds will be raided, how long wait times will be, the extent to which bureaucrats will ration care and how many hospitals will close.”

“AB 1400 is the biggest proposed tax increase in state history and is a direct attack on the middle class at a time when everyday Californians are already struggling to pay their bills,” said Josh Hoover, Vice President of the Folsom Cordova School Board and Candidate for the newly drawn 7th Assembly District in Sacramento County. “Stopping bills like this is why I chose to run for the Assembly. These policies show a complete disregard for families who already pay more to live here than almost any state in the nation.”

Ken Cooley’s liberal voting record is one of the best kept secrets in Sacramento politics. As Chair of Rules, he decides which bills move forward, and which ones die. If Cooley decides to run for re-election, we’ll be ready to show the impact of his tenure as Governor Newsom and Speaker Rendon’s good soldier, running our State further into the ground and causing a mass exodus of families and businesses from California.

New test scores are in and California students suffered drastic declines. This only scratches the surface of the harm our politicians knowingly caused millions of kids.

ACA 11, a new proposal to increase Californians' taxes nearly $163 billion per year, would be the biggest tax increase in state history – when the state already has record-high reserves and a surplus of approximately $31 billion.