BRIEF HISTORY OF THE REPUBLICAN PARTY 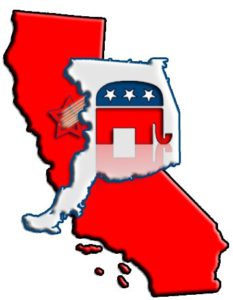 It began in a little schoolhouse in Ripon, Wisconsin, in 1854. A small group of dedicated abolitionists gathered to fight the expansion of slavery, and they gave birth to a Party dedicated to freedom and equal opportunity.

The name “Republican” was chosen, alluding to Thomas Jefferson’s Democratic-Republican Party and conveying a commitment to the inalienable rights of life, liberty, and the pursuit of happiness.

The Party was formally organized in July 1854 by thousands of anti-slavery activists at a convention in Jackson, Michigan. And it was no accident that two years later, in 1856, the first Republican National Convention took place in Philadelphia, where the Constitution was written.

Though popularized in a Thomas Nast cartoon, the GOP’s elephant symbol originated during the 1860 campaign, as a symbol of Republican strength. Republicans envisioned “free soil, free speech, free labor.” Under the leadership of President Abraham Lincoln, the GOP became the Party of the Union as well.

President Lincoln issued the Emancipation Proclamation, but it was the entire Republican Party who freed the slaves. The 1864 Republican National Convention called for the abolition of slavery, and Congressional Republicans passed the 13th Amendment unanimously, with only a few Democrat votes.

The early women’s rights movement was solidly Republican, as it was a continuation of abolitionism. They were careful not to be overly partisan, but as did Susan B. Anthony, most suffragists favored the GOP. The 19th Amendment was written by a Republican senator and garnered greater support from Republicans than from Democrats.

Low taxes, sound money, regulatory restraint: these were among the commonsense economic policies established by the GOP that brought about decades of prosperity after the Civil War. Republicans encouraged innovation and rule of law. Buttressed by Republican control in Congress, the McKinley, Theodore Roosevelt and Taft administrations cleared away obstacles to economic growth.

President Dwight Eisenhower and congressional Republicans appreciated the fact that the private sector, not government, is the engine of wealth creation. With his bold tax-cutting agenda, President Ronald Reagan revived the economy after years of Democrat malaise.

Theodore Roosevelt embodies our Party’s traditional concern for the environment, but the Republican commitment to the environment actually goes back much further than that. For example, the world’s first national park, Yellowstone, was established during the Ulysses Grant administration.

Ronald Reagan explained the difference between Democrats and Republicans in a way that cannot be improved upon: “Two visions of the future, two fundamentally different ways of governing – their government of pessimism, fear, and limits, or ours of hope, confidence, and growth. Their government sees people only as members of groups. Ours serves all the people of America as individuals.”

President George H.W. Bush championed community and volunteer organizations and the tremendous power they have for doing good. He famously described them as “a brilliant diversity spread like stars, like a thousand points of light in a broad and peaceful sky.”

In the first decade of the 21st century, President George W. Bush made an unprecedented commitment to helping those in need beyond our shores through the President’s Emergency Plan for AIDS Relief (PEPFAR), an aid program for countries devastated by HIV/AIDS. Since its inception, PEPFAR has saved over a million lives and currently provides over 5 million people with life-saving treatments.

President Reagan and President George H.W. Bush led western democracies to victory over Soviet tyranny in the Cold War. The George W. Bush administration maintained the military second-to-none and projected that power in the fight against international terrorism.

Party of the Future

Drawing inspiration from our Party’s history, today’s Republicans believe individuals, not government, make the best decisions; all people are entitled to equal rights; and decisions are best made close to home.

At the state level, the nation’s thirty Republican governors are making government more effective and efficient, spurring economic growth and striving to put more power in the hands of the people.

Nationally, Republicans recognize that the slow, bloated, top-down Washington bureaucracy is out-of-date in the 21st century. Our Party works to give Americans more choices—in healthcare, in education, in energy, and in the economy—and to free individuals and families from the intrusive overreach of federal bureaucrats.

The Party’s core principles of freedom and equal opportunity are as relevant today as at our founding, and they are the roadmap for American renewal in a new and interconnected world.

Margaret Chase Smith (R-ME) becomes the first woman to serve in both the Senate and the House of Representatives. 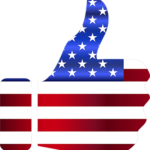 Congressional Candidate Buzz Patterson on his bid to Represent Californi... https://youtu.be/ff6MUvPxLVs via @YouTube

The California Republican Party has NOT endorsed Proposition 13 on the March Primary Ballot. We are aware of a mailer that falsely claims that the CA GOP supports this measure and we are exploring all legal options to stop this misinformation campaign.

(1/2) Today the @sfchronicle and @sacbee_news are both out with stories about the movement to repeal #AB5. I told the Chronicle: "This is an unprecedented situation where a single bill has deprived countless people in our state of their livelihoods."

Make up your minds Democrats! Are they kids or not? https://www.sandiegonewsdesk.com/2020/02/democrats-pushing-to-raise-the-adult-prosecution-age-while-lowering-the-voting-age/