by Sacramento Republicans | May 22, 2020 | 2020 General Election, About Republicans, Featured Post 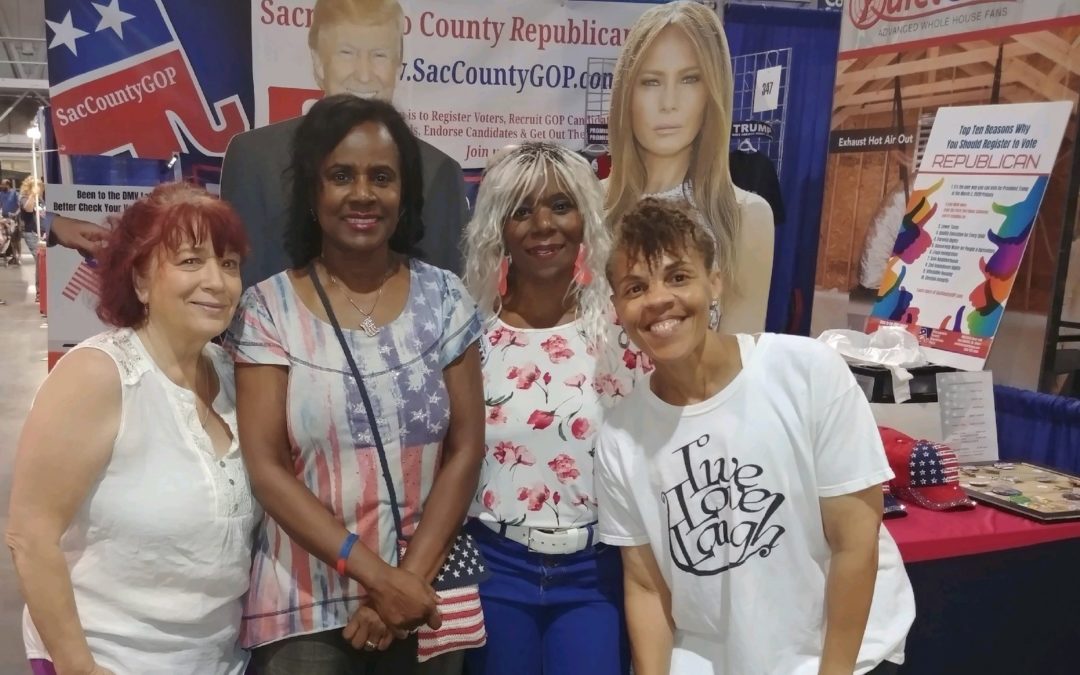 As Chair of the Sacramento County Republican Party, I felt compelled to respond to former Vice President Biden’s latest statement while being interviewed on The Breakfast Club radio show. After stating that Breakfast Club host Charlamagne tha God “ain’t Black” if he or his followers haven’t made up their minds about Trump vs. Biden, the former Vice President received significant push back from voters of all races, forcing him to say he shouldn’t have been “so cavalier”.

The dictionary defines “Cavalier” as “marked by or given to offhand and often disdainful dismissal of important matters.” Once again, his comments are telling. Three of our Central Committee Members reacted this way:

Ex-Officio Committee Member, Air Force Sergeant, and Republican candidate for California’s third congressional district Tamika Hamilton said, “Vice President Biden’s comments are completely out of touch and reveal that he has no real plan for the Black community. Instead of using the opportunity to discuss issues important to Black Americans , he instead relied on the damaging trope of a monolithic Black community in a woeful attempt to win votes.“

Eric Rigard, Ex-Officio Committee Member and Republican Candidate for Assembly District 9 said, “Joe Biden’s comment in his interview this morning was highly offensive as a ‘Black Man’. His statement ‘you ain’t black’, shows his lack of empathy and his disdain for the Black Community. To try and play it off as being done in jest should be an affront to all Black people.

First of all, no one defines my ‘Blackness’ but me.  Secondly, wasn’t it Joe Biden who led the charge on the Clinton crime bill, and didn’t he also extol the virtues of bussing segregation? Please Joe, “Black people” do know you and there is a large group of us who see you for who you really are. A pandering Democrat Politician, who’s looking for a vote to exploit.”

Brenda Bennett, Sacramento County Republican Central Committee Member and 2019 Volunteer of the Year said, “Although he has made many nonsensical remarks in the past, this is definitely one of the worst. How utterly offensive to say who I choose to vote for determines whether I’m black or not! His statement in the past that ‘they’re going to put ya’ll back in chains’ was just as offensive but of course he has gotten a slight slap on the hand for these statements. If these kinds of statements were made by a Republican, there would be such an uproar from the media, the Black Caucus, the NAACP, Black Lives Matters and many others in the Black community. Any and everyone should be appalled by his statement and there should be some sort of accountability. Will he still be looked upon as the ‘Sacred Cow’ of the Democratic Party? Will the Black Community finally realize it’s time to leave HIS Plantation?”

We value the diversity on our Central Committee, and have been astonished that our Black Committee Members and Volunteers have been targeted for harassment by liberals at community events, including for seventeen days in a row at last year’s State Fair. Now their ethnicity is being questioned by Joe Biden. They don’t need anyone’s help when it comes to their values and voting preferences.