The Sacramento County Republican Central Committee will hold their monthly meeting on Wednesday, July 11, 2018 at 7pm. Check-in begins at 6:30pm. 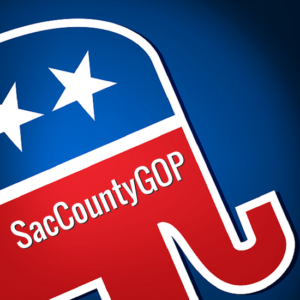 We are celebrating following a very successful Primary Election where the Sheriff and District Attorney were re-elected, avoiding a November run-off. In addition, all of our endorsed candidates in district races made the top two, including Melinda Avey in AD 8, Andreas Borgeas in SD 4, Charlie Schaupp in CD 3, Marla Livengood in CD 9, and Senator Ted Gaines for the Board of Equalization, District 1. Other victories included our current elected Republicans leading the top two spots including Senator Jim Nielsen and Assemblyman Kevin Kiley. And we celebrated our statewide endorsed candidates John Cox for Governor, Steven Bailey for Attorney General, and Mark Meuser for Secretary of State.

Voters in the November Election will consider 12 ballot measures, including the repeal of the Gas and Vehicle Tax increase. Andrew Grant will finally retire Rep. Ami Bera in CD 7, and there will also be local races in Citrus Heights, Elk Grove, Folsom, Galt and Rancho Cordova. We can make a difference in all of these races by turning out Republicans – just like we did in June.

The agenda will include plans for the upcoming State Fair that runs July 13-29, a special event on July 31 where we will present the new Dinesh D’Souza film “Death of a Nation” before it hits theaters, the establishment of a phone bank run by SacCountyGOP in our headquarters, and updates from candidates and campaign representatives. New Ex-officios will be seated and vacancies left by those who were Regular Members of the Committee will be replaced in Districts 4 (Grant) and 3 (Avey.) A vacancy will also be filled in District 1 (Rickett’s seat.)

Sacramento County Registered Republicans and their guests are invited to attend the Central Committee meeting.