The California State Fair GOP Booth was the most successful ever!!! 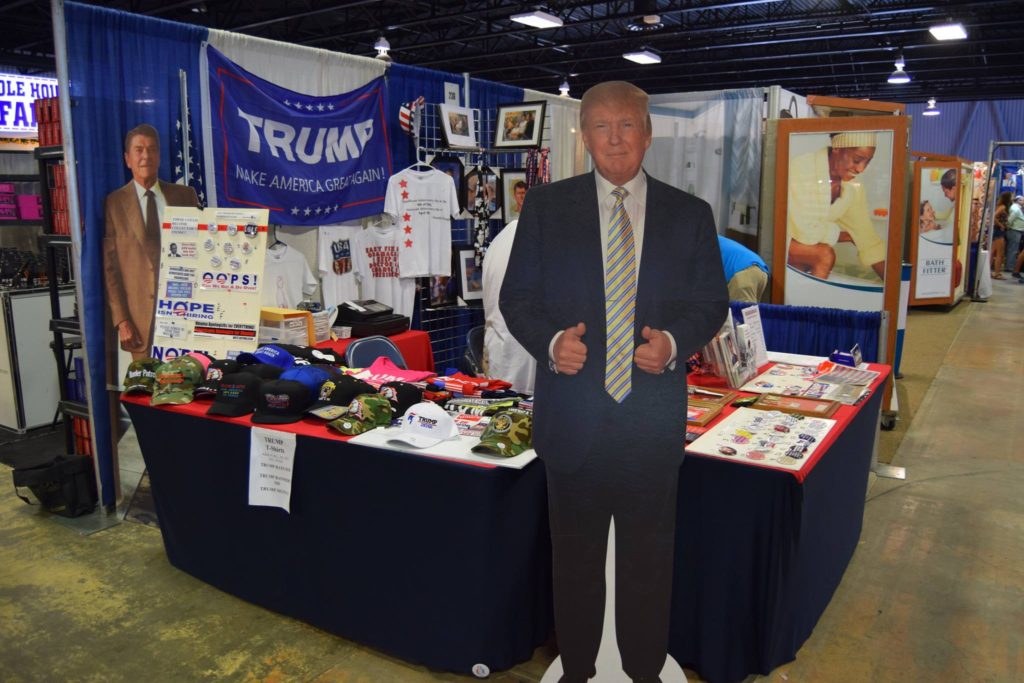 The Donald Trump cut out at the SCRP booth this year drew as much attention as the real deal!

Thanks to all who came together to support our booth we have had record success with our sales and our outreach.  The People have shown such enthusiasm this year for Donald Trump that it was hard to keep inventory on the shelves.  In the first day Inventory was sold out and we ended the Fair with People still demanding more!!!  It was also reported that the Democrat booth has not received the attention that our booth received….if that is an indicator about how California is feeling.

Angela Alzevedo, Bob Evans, Carl Burton, Roy, and Janet Gardner, and James Rickettes for volunteering above and beyond the call of duty. 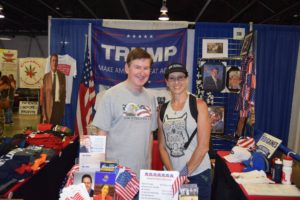 Grass Roots Leadership was on point making sure that the Booth was staffed and stocked as best possible! 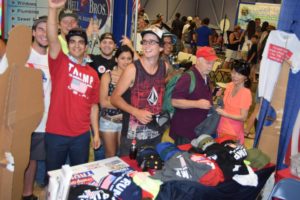 The GOP booth was constantly surrounded by Donald Trump Enthusiasts.