In a recent opinion piece by Sacramento Bee columnist Marcos Bretón, he predicts the absolute demise of Republicans in the City of Sacramento. While he may be correct for the near future, the pendulum does eventually swing the other way, in spite of aggressive tactics currently used to maintain power.

As of November 29, 2018, there were 39,045 registered Republicans in the City of Sacramento and 68,292 registered with no party preference. While these voters are certainly the minority in the City limits, they don’t want to be Democrats but still deserve representation.

During the recent election we heard from many of the GOP and NPP voters in the City limits. They were frustrated that incumbents were running unchallenged. They were fearful for their children’s futures because the school district was failing miserably to manage district finances and educate their students. Low-income renters were hopeless as their leases were not being renewed in favor of recent immigrants whose rent was funded by the government. They were impacted by the increase in crime in their neighborhoods and downtown, and expressed regret that they could not display a bumper sticker or sign in their yard for fear of attracting vandalism. They also disapproved of the police allowing disruption of roadways for political objectives.  And, they had no confidence that the sales tax increase would be used to improve any of these concerns.

As the official organization that represents the Republican Party, it is one of our tasks to recruit and support Republican candidates. Below are just some of the concerns prospective candidates had to consider before running for office in Sacramento:

This is called fear-based campaigning, and it’s working for the current leadership in the City of Sacramento and the State of California. But can it be sustained?

The history of human civilization shows that fear-based governance doesn’t last forever. While it often lasts too long at the expense of many lives lost, eventually, the people rise and new leaders and directions are chosen. Some for the better, some not, but all say they’re for the good of their people. As we see a rise in activism on behalf of socialist policies in Sacramento, San Francisco and Los Angeles, I have to wonder if our current leaders know what they’re inviting. The activists think they are supporting equality – at least for those who agree with them – while leaders are seeing their policies challenged if they don’t produce enough free services, let enough criminals out of jail, or place enough controls on employers (who are fleeing the State in large numbers.) It will never be enough if the current leadership continues to appease them so as not to suffer their wrath.

As part of an effort to increase Democrat turnout, the Legislature changed the way we cast our vote. Sacramento County was one of five counties in California to implement a new voting system that replaced polling places with regional vote centers placed around the County strategically to add convenience for urban dwellers who were not known to turn out on election day. The “Voters Choice Act” also allowed for ballot harvesting and same day registration and voting – no ID required. As a member of the Voters Choice coalition that was organized by the Mayor, I was one of two Republicans who regularly attended meetings. The other 70-100 participants were mostly paid community organizers who were anxious to use this new law to increase Democrat turnout throughout the County. While the organizers and participants were very cordial to their GOP guests, conversations often were cut short when I joined in. They were unaccustomed to having Republican representation at coalition meetings, and it was very educational for us.

What did we learn? We confirmed that we are outspent, out-organized, and have been for a few decades – about the time that Robbie Waters realized he was surrounded by activists who intended to deny every conservative elected and appointed office. They don’t want diversity – they want to erase independent thought through intimidation. We realize that it takes 100 community organizers working hard through non-profits to convince urban dwellers that their survival depends on well-funded government programs. Republicans also know that the very people who are targeted are potential sympathizers of our approach to issues.

Republicans stand for “opportunity for all.” That’s different from “free stuff for all.” We value people of faith, strong families, rule of law, and entrepreneurial spirit. We believe our country has a right to protect its border and its communities, and we welcome legal immigrants who come here for a better life, not to overturn our way of life. Contrary to the narrative that billionaire power seekers spread across the internet, our platform is not racist, homophobic, misogynistic or hateful. “Opportunity for all” has been misinterpreted successfully by well-funded messengers, and that is where we must focus our comeback.

So why would a Republican want to run in a City whose leaders tolerate and benefit from fear-based political activism? Is it right that a business owner, non-profit leader, or person of faith has to jeopardize their family, their safety, or their livelihood to run for office under the banner that supports their morals and outlook for equal opportunity?  We don’t think so, and we will continue to support the brave souls who stand up to represent the minority of GOP voters in the City of Sacramento who deserve to be heard.

Republicans have a lot to offer the City of Sacramento and the State of California. Whether the concern is the increase in poverty and homelessness due to the high cost of living, the dismal record of achievement in our public schools, crime in our communities, or billions of dollars of unfunded pensions, we have a different approach that should be considered by leadership. We challenge Democrat politicians who control the cities and State of California to acknowledge the issues that matter to the average voter, and to care more for solutions than power.

The people would be better served through inclusion of diverse ideas. No need to fear. 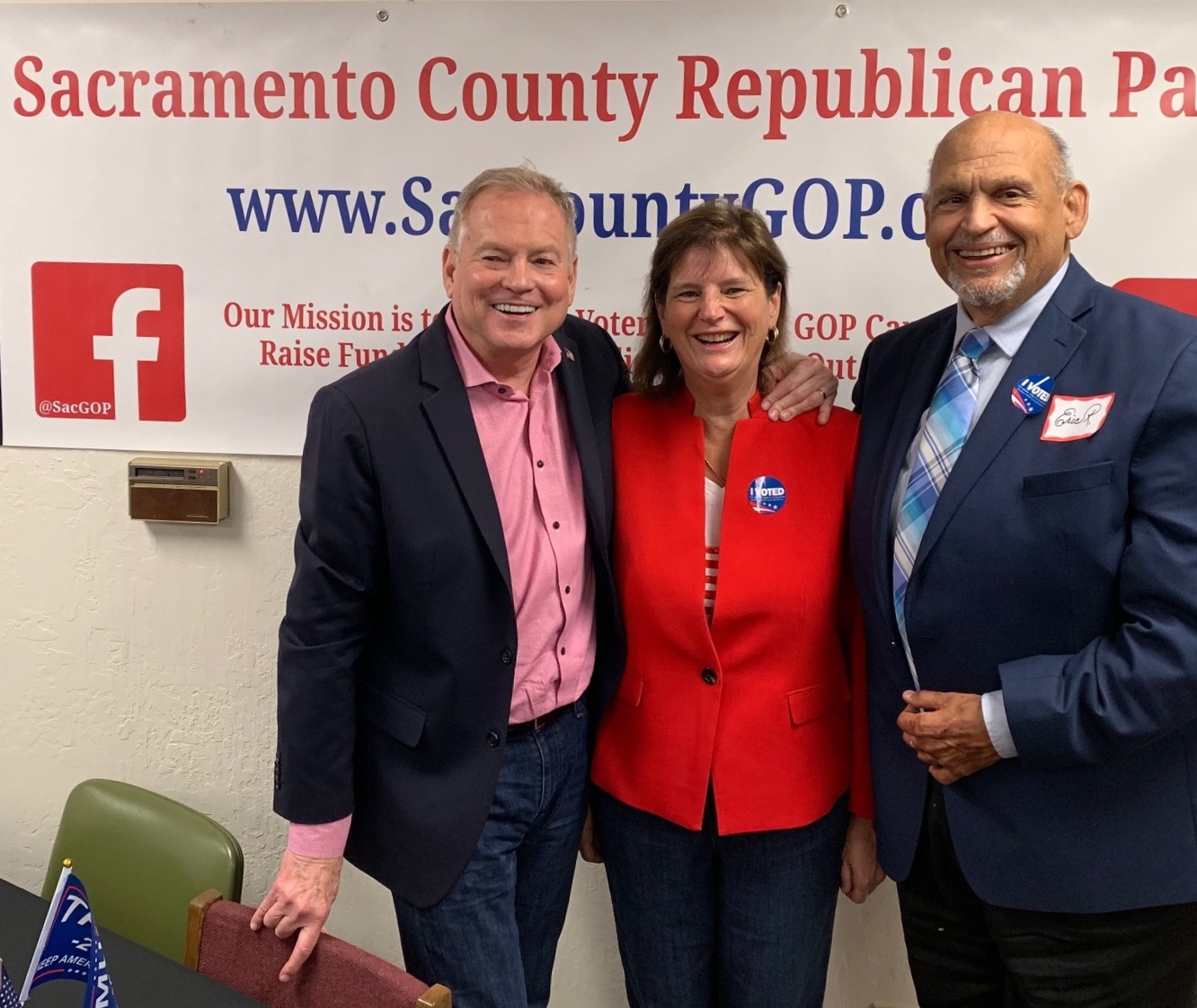 The March Primary: Some Good News for Republicans http://www.foxandhoundsdaily.com/2020/03/the-march-primary-some-good-news-for-republicans/

So proud of our Sacramento-based candidates - all making the top two. Now on to the General Election where they will need your support! https://www.saccountygop.com/March-3-Voter-Guide

Precautions, Not Politics to Fight the Coronavirus - let's stay focused on the spread of the disease - not the polls. https://www.saccountygop.com/precautions-corona-virus/ via @https://twitter.com/saccountygop

Check out our radio ad currently running against the massive bond measure ironically labeled as "Proposition 13." Believe me, it hurts not helps, taxpayers. https://noonprop-13.com/wp-content/uploads/2020/02/HJTA022002-No-on-Prop-13_60-Radio.mp3